A Twitter account tweeted the meaning of a Kakistocracy and Nigerians on Twitter flooded the replies, stating that it is exactly the way things are in Nigeria.

@Fact wrote: ‘A “Kakistocracy” is a system of government which is run by the worst, least qualified, or most unscrupulous citizens.’

Nigerians took to the comments to say that’s the current state of governance in Nigeria. A few Americans also commented that such is the case in their country at the moment with Trump as their president. A few Kenyans and South African also said it is the same situation in their country.

See some replies below. 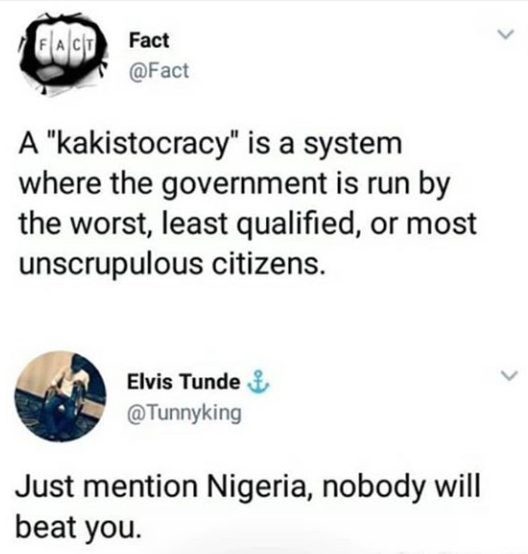 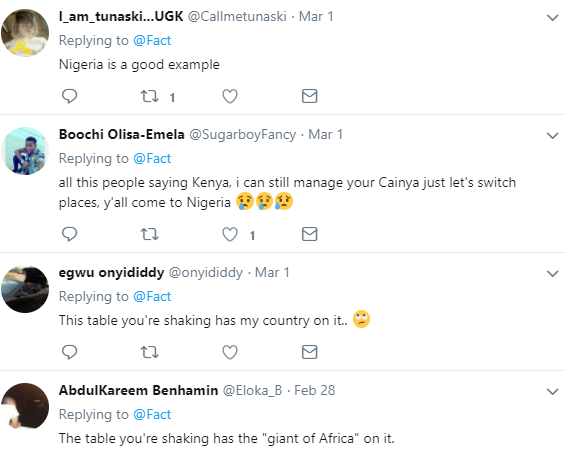 Read the hilarious open letter a Nigerian wrote to Nigeria’s richest woman, Folorunsho Alakija, after saying she accepted her oil well ‘by faith’
#BBNaija: You’re the poorest being I’ve ever seen – Cee-C blasts Tobi
To Top