Fakhrriyyah Hashim, a Nigerian lady, woke up to the shocking fake news of her ”demise.”

Some Nigerians on Facebook posted a photo of Hashim alongside a wedding invitation with claims she is a bride that died on Friday October 4th, hours to her wedding scheduled to hold on Saturday October 5th.

I haven’t been on Facebook in a so long, but I’ve had to today thanks to Fake News.

A picture of mine has gone viral with the name Fatima Yola claiming that i was meant to get married today but i died yesterday. The man in question is using my picture to raise money from stupidfolk that can’t fact check before throwing their money around. 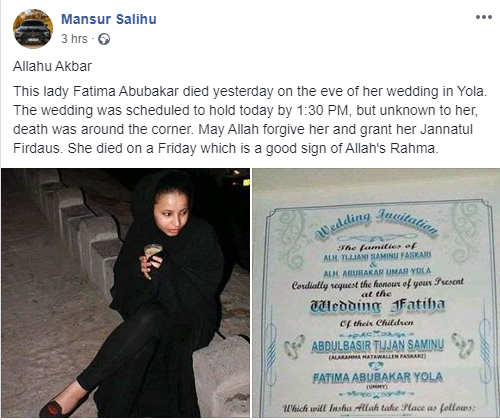 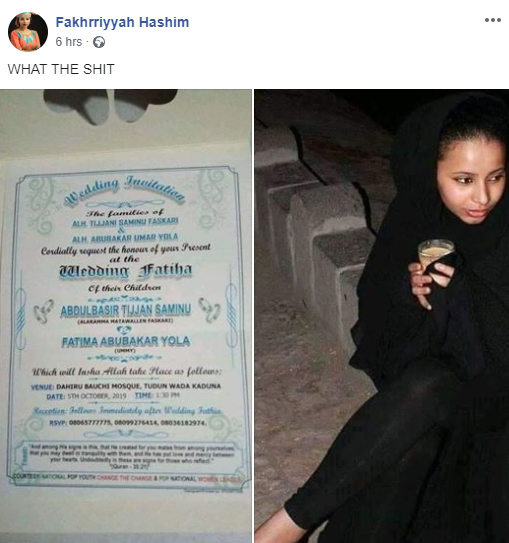