A ballpoint portrait of Donald Trump which was drawn by a Nigerian boy has gotten the attention of the United States President who reacted via Twitter.

He tweeted “This is my second portrait of President Trump. This time I really want him to see it. All done in ballpoint, took up to 70hours, ’24×21′ inches. Please RT till the president sees this” 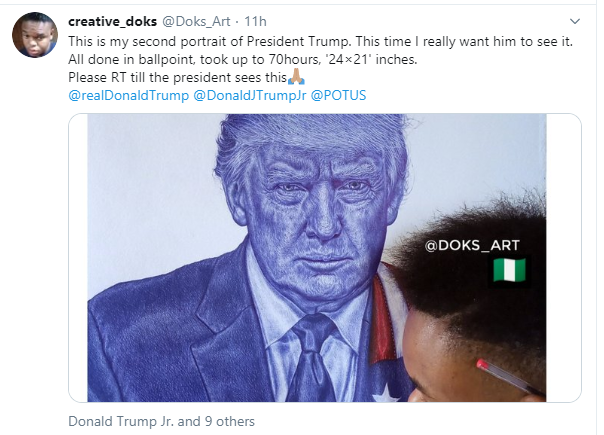 President Donald Trump who reacted to the tweet which went viral described @Doks_Art as a wonderful artist and further told him not to give up on his dream.

He tweeted “Not only did I see it @Doks_Art, I think it is fantastic. You are a wonderful artist, never give up your dream!” 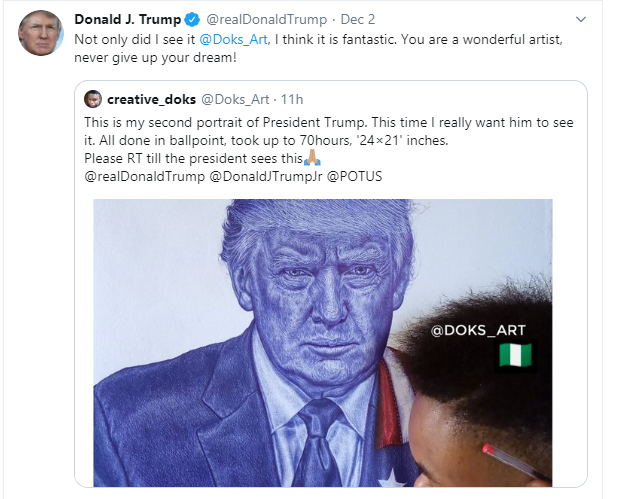