There’s yet another sexual abuse incident and it reportedly occurred in Ilejemeje, Ekiti State where some male bricklayers allegedly punished a female bricklayer by raping her.

According to @juiciestofjays, the lady who took up the job to feed her children had refused running errands for her male colleagues yesterday. They however decided to punish her by gang-raping her today. She further alleged that the Ekiti State government have reached out, and also taken up the case.

Read her tweets below; 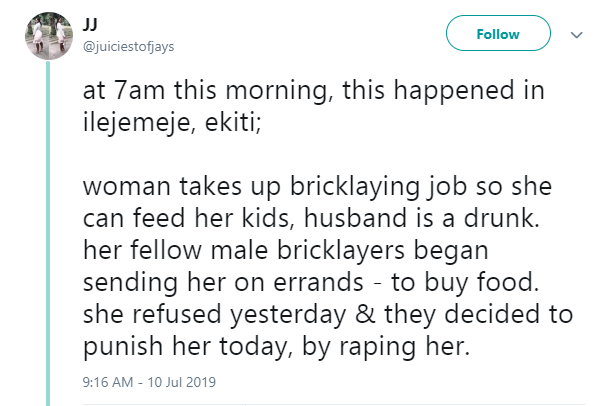 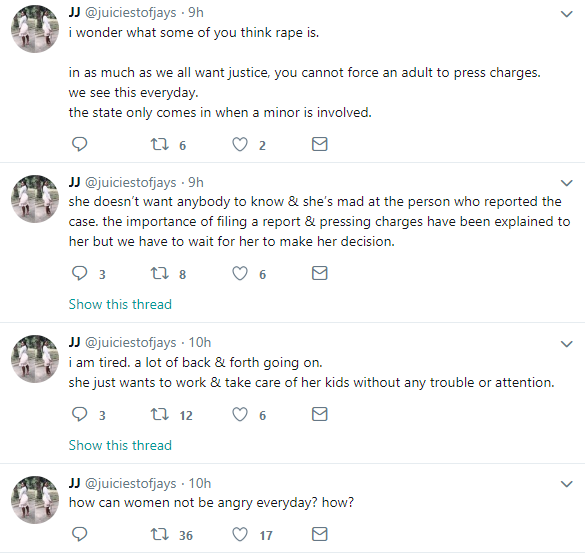