Mr Governor is currently trending on Twitter as Lagosians are reacting to the statement released by the state governor, Babajide Sanwo-Olu, asking them to desist from referring to him as ”Your Excellency”.

Lagosinas on Twitter are now saying even if he wants to be called ”Bros Governor” or any other name, what matters to them is that he works, particularly on fixing the bad roads in the state. 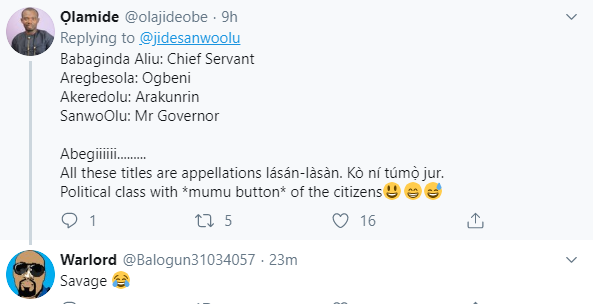 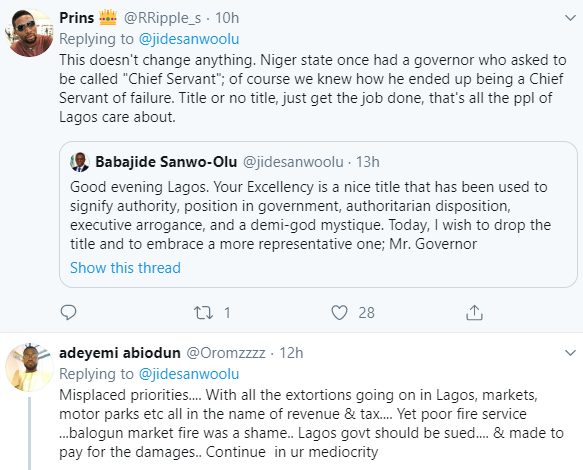 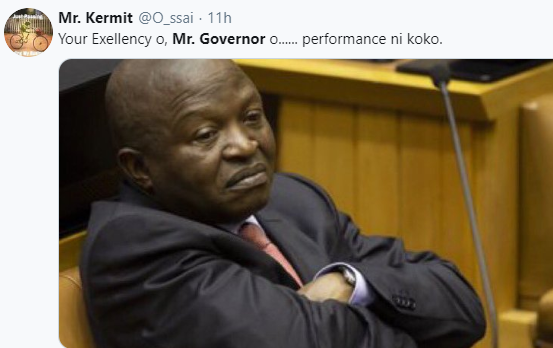 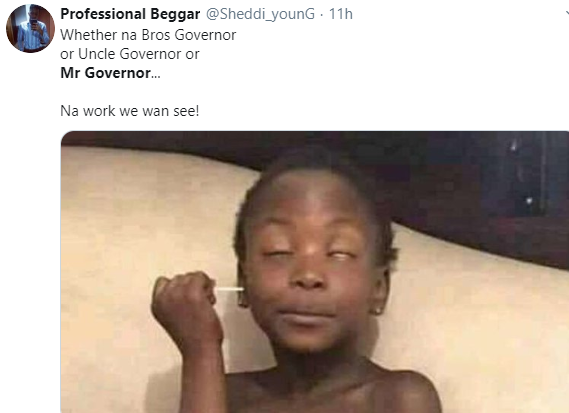